From these intimate coastal explorations come six etchings. The same scale as O.S. maps, the embossed coastline stands proud. The tonal sea recalls the swirl of water experienced, whilst the blank landmass reminds us where the artist’s focus remains, not on the built-up Southern coastline – here, erased to nothing – but on the sea’s horizon. A new kind of mapping, this series asserts that wild encounters with the natural elements can be easily sought and found.

On recollecting these encounters, the monoprints were developed from the sketches made in the landscape. Their eerie quality attests to the unreliability of memory, and the rigidity of freezing fingers after a shocking submersion in near freezing water. They stand in contrast to the film, an edited version of the footage collected – a true testament to the particulars of each swim. 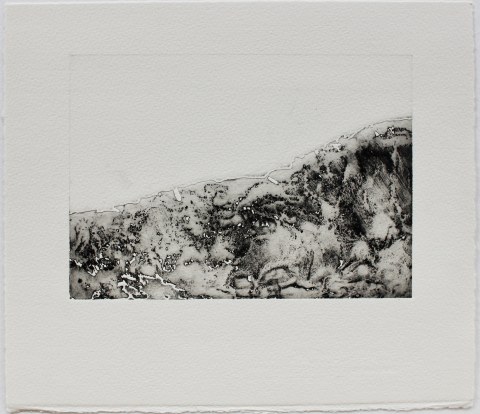 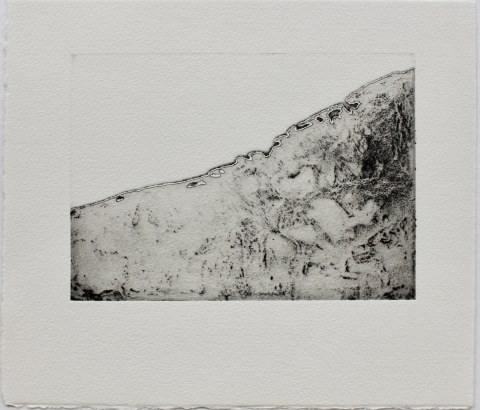 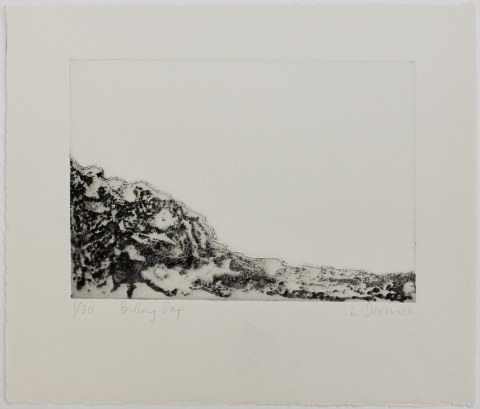 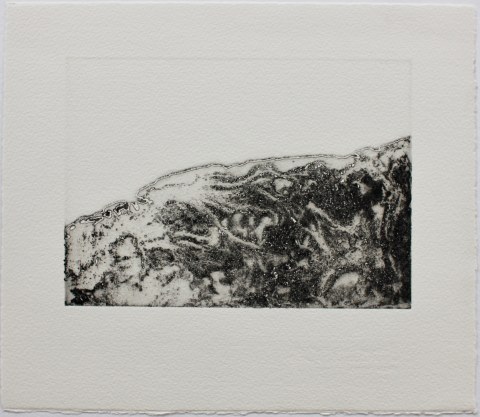 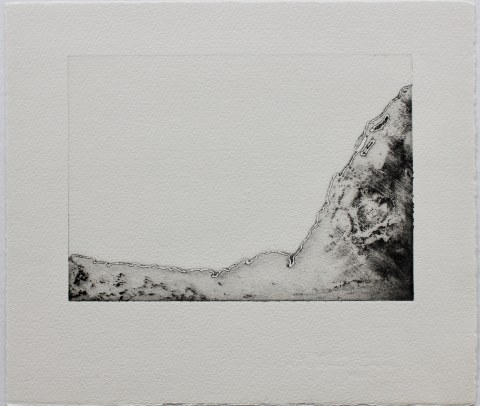 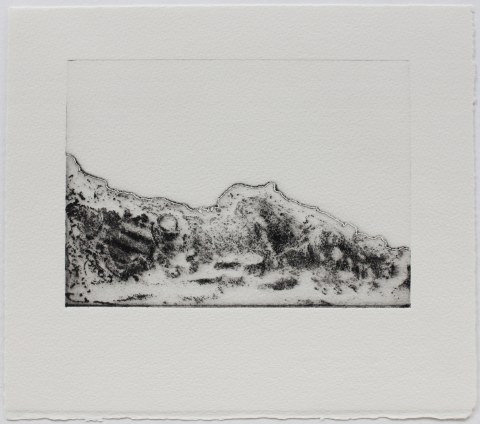 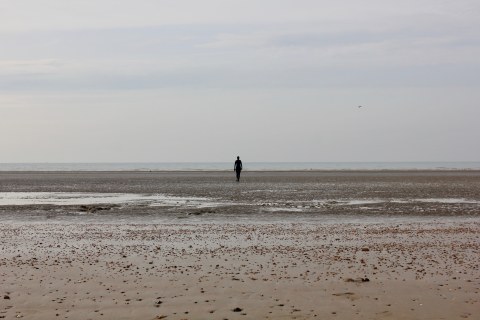